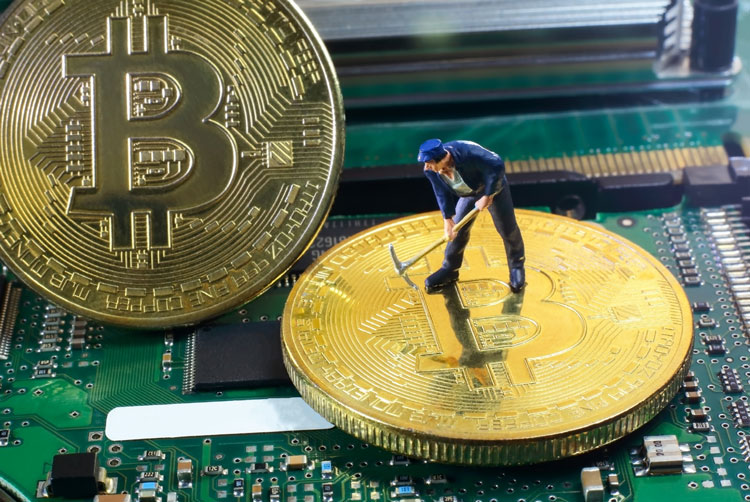 Bitcoin is a fiduciary currency based on technology called “blockchain”, which allows a non-centralized verification of transactions. It exists only in electronic format.

Bitcoin is not issued against any real currency, its offered quantity is defined and can not be controlled by any central body. Furthermore, it is not even a currency issued against liabilities (as it is the case with bank currency). Its intrinsic value, therefore, is null.

There is no central authority that can monitor transactions in the bitcoin network. The legitimacy checks on each transaction, as well as anti-counterfeiting activity, and issuer’s capacity take place at a distributed level.
Contrary to legal currency, transactions are immediate and irrevocable. It is in no way possible that the same bitcoins are spent twice, nor is any form of counterfeiting permissible.

Bitcoin transactions are traceable from any link within the network. The address used, however, is a random alphanumeric code and cannot be referred to the name of the natural person. If you need to communicate your name, for instance, to receive a delivery, the anonymity of the address is lost and the sender can reconstruct all past transactions relating to that address. It is possible, however, to use a different address for each individual transaction.

The amount of bitcoin available is defined by an algorithm. In order to generate new bitcoins (in blocks of 15) some subjects (miners) must solve mathematical problems that require a certain computational effort.
The algorithm adjusts the effort required, so that it takes an average of 10 minutes to solve a block. When the miner manages to solve the block, it gets the 25 bitcoins created.
With passing time, the amount of bitcoins for each block is reduced without modifying the difficulty of resolution. This determines that the maximum number of bitcoins in circulation will be at most about 21 million.

HOW DOES THE BLOCKCHAIN WORK?

The Blockchain is perhaps the most interesting and innovative aspect connected to Bitcoin.
It is a database distributed throughout the network. This means that every link within the network (each user) receives and records all transactions that have also occurred by third parties.
A transaction is certified when it is approved by 50% +1 of the network links. Transactions are certified in blocks (hence the name).
On average, a transaction is certified within 10 minutes, regardless of sender and recipient (in bank circuits, a wire transfer certification may take from minutes to days).
Since it would be impossible for anyone to falsify a sufficient number of registers, money or transaction counterfeiting is impossible.

In order to invest in bitcoins, you must register with a broker that converts currency into bitcoin (like bitstamp or kraken). At this point, there are three possibilities:

1) Deposit bitcoins at the same broker that converted the currency (the main risk is that the broker may fail, thus making the investment inaccessible).
2) Save it as a file on your PC (it is advisable to do it on an external hard disk that is not connected in any way to the Internet.
3) Print data on paper (paper wallet, obviously the risk is that someone can
steal the document).